Many companies start by developing apps only for one platform, which they feel is more profitable or more popular with the target customer. But in one moment, market expansion and attracting new customers become essential.

And a great way to implement this plan would be transferring a current Android app to iOS or conversely.

Therefore, let’s discuss this method of expanding the circle of consumers. Furthermore, consider the main steps for such transformation and possible difficulties.

Why Port the iOS App to Android or Vice Versa

Each platform has its unique features that provide specific benefits for the business. However, using both can significantly improve trade efficiency, combine all their advantages, and transcend the disadvantages.

The significant ground to choosing apps based on Google’s OS is widespread. Statistics show that 72.11% of devices worldwide use Android. That means uploading to Google Play allows us to attract more potential customers.

However, the number of active iOS users worldwide reached 27.22% in 2022, and it’s still significant in human terms.

Thus, we see that both markets are essential for business. Working with only one means losing to competitors.

There are countries where the share of iOS users is still higher than Android. These include the United Kingdom, Japan, Australia, Sweden, Norway, Denmark, United States, and Canada. So whether you want to expand in that marketplace, you should target Apple devices.

Companies already successful in the previously mentioned markets may acquire many users from other regions by creating an app for the Google Playmarket.

Thus, the optimal strategy to reach global coverage is to maintain apps for both systems.

Considering the pros described above, do not forget that more platforms will give more income, regardless of the chosen monetization model.

Hence, it’s essential to focus not only on the market share but also on your intended users’ precedences.

Now, when the casualties and benefits of conversion are clear to you, it’s time to discuss how the porting is proceeding.

Examine the sophistication of converting

The most serious difficulty is an inability to port an app with any conversion tool. Thus, remaking a project is like building it from the ground up. Nevertheless, the distinction is that you can already provide all the references for your implementer.

The development process takes a lot of time because each department fully analyzes and processes all the supplied files.

However, with a thoroughly planned elaboration process and guaranteeing the accurate transformation at every level, you’ll receive a perfectly optimized solution.

Surely, you desire your app to be perfect. To achieve this, select the best-fitting software developer.

When choosing a company to which you can confidently entrust the performance of your task, note, especially the following factors:

Next, it’s time to explore the technical and creative components in detail.

Tech Challenges of Porting an App

Let’s begin with discovering the technical challenges you encounter transferring an app between two operating systems.

Consequently, translation between languages is impossible. So your team of programmers should have specialists in both areas. Working jointly, they may reduce the development time and increase its quality.

Want to get the same results for less money and time? Consider cross-platform development; maybe, it will fit your needs better.

Both systems are updated annually. That reason may cause optimization difficulties, as not everyone immediately upgrades to the latest version.

In such circumstances, optimizing for the App Store is much easier since most users use the newest iOS versions. For instance, 87.30% of Apple consumers installed iOS 15, and just 12.70% kept iOS 14 or older versions.

When it comes to transformation for Google Play, we can see a much greater assortment of OS versions, and it is unattainable to give a clear answer which is installed on more devices.

Anyway, it’s not such a big problem. Your software vendor helps you determine the releases you should concentrate on to reach your goal.

An optimized app should look seamlessly on any device. If we are talking about Apple devices, there are only a few standard device sizes. As for Android, we have numerous producers, each offering dozens of gadgets of various proportions.

But it’s not as big of a problem as it seems. Google permits engineers to modify apps just for several solutions. Next, it adapts to different screens automatically.

UI/UX issues to deal with

It would be great if you also had a user interface and experience designer working on your project for a successful conversion. That’s critical because the platforms we are discussing today also differ in design peculiarities.

Let’s examine some details of the app design differences for our systems.

You should also check out multiple additional design dissimilarities. Your future team of designers can tell you more about various nuances. Now hope you’ve learned more about how to convert Android apps to iOS. Nonetheless, despite the apparent simplicity, this procedure has many pitfalls. The ultimate manner to avoid them is to take a close and in-depth dip into the topic — or request help from a technical partner with experience in providing such services. 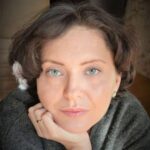 Yuliya Melnik is a technical writer at Cleveroad. It is a web and mobile app development company in Ukraine. She is passionate about innovative technologies that make the world a better place and loves creating content that evokes vivid emotions.