React native app development has become one of the most popular solutions in the technology industry. The React Native framework is frequently used to develop business apps for increased revenue.

However, many overlook several common mistakes during the development process, resulting in a massive loss of money. Eliminate any mistakes throughout development if you want to avoid this.

Increasing knowledge of the most common and significant errors can make you a better developer. Find out more by reading on!

More people are now getting aware of React Native.

It’s crucial to be conscious of and steer clear of a few common errors that might hinder the development of your React Native project.

To help you with this issue, we have outlined some of the most common errors you must avoid. Avoiding these errors will improve the entire mobile application development process.

Although image optimization is a crucial step during the development of apps, developers usually ignore it for any React Native Developing mistake.

However, image optimization is essential to minimize image load times. Before automatically sending images to cloud storage like Amazon S3, it enables the server to resize the images locally.

The developers get a CDN link, which they may return using the API. The React Native App is made lighter and performs better due to this specific system.

Redux is a beneficial method in React Native for managing apps, processing and storing collected data, debugging app states, and other tasks. Redux should be well-planned to get the most from it, particularly in small projects.

It is due to Redux’s requirements for long and complex coding for even minor updates. Due to this, it is not an excellent fit for small-scale applications but a great choice for large projects and apps.

When debugging, developers may quickly identify bugs by utilizing console log statements. These ensure that the applications function without issues when executed and help determine the reasons behind app performance problems.

If the app’s logic and render techniques are kept in-house, it might slow down its performance by clogging JavaScript threads.

4.) Use of stateless components

There are no classes that a stateless component extends; these deliver the same outcome and only print the props passed to them.

They are commonly named “dumb” components. Conversely, stateless components are easier to test, can be developed more quickly, and need less boilerplate code.

During the React Native app development process, pure components should be used rather than stateless ones. It is because rendering for stateless components happens after the parent component has already been re-rendered.

Re-rendering, on the other side, occurs when pure components’ states or props change and are detected.

5.) External module codes are not validated.

Developers of React Native apps frequently use external modules because they streamline and accelerate the development process, which saves time.

These modules might, however, malfunction or not perform as expected, and developers must thus review and validate their codes before using external modules.

Although there will be several reusable parts, different designs are also possible. In reality, the layout of an application page on Android and iOS may differ substantially. Estimating the validation’s layout is likewise a brilliant idea.

It would be best if you prepared to write additional code and use Cordova to create a hybrid project while building a React Native app. Similarly, test every backbend endpoint when developing a web application.

It would help if you coded everything correctly because you will manage the app’s logic. The database’s organizational structure and the links between its elements should familiarize you.

7.) Mutation of state inside renders function. The connection between the Datastore and View is shown in the image above. All the data is stored in the data store of the component, & the view renders based on the current state.

A new state is then taken from the data storage and shown on the screen.

React features a setState() function in which the new object state is collected and compared to the previous state.

After combining with the previous state, a new state is added and delivered to the state datastore. When you develop an application by using React Native, this cycle is available for the duration of a component’s lifespan.

If you directly alter the state, the life cycle is disrupted, and all earlier states are corrupted. It will cause you to lose track of the states across components and force you to write custom code. You’ll also end up with a heavy app and unmanageable code.

Developers must never ignore or reduce the project structure and should spend more time learning about the project. Otherwise, the long-term consequences might be devastating.

Consequently, a well-structured project framework is necessary. With React Native development, developers may also attempt to include a proper project architecture.

9.) Layouts for Android and iOS version

This tip is applicable if you have different layouts for Android and iOS. If not, you can efficiently utilize the Platform API offered by RN to do quick tests based on the device’s platform.

If the layouts differ significantly, separating them into separate files is best. When putting together a build for iOS, RN will utilize a file with the name index.ios.js to display the iOS layout. The situation is the same for index.android.js.

“What about code duplication?” you can ask. Duplicate code can be moved into helpers and then reused.

React Native development includes all the necessary features to outperform existing frameworks. The only limitation, in this case, is that the developers must avoid these common mistakes.

Therefore, React Native can elevate you to the top of your field if you can do away with all problems and reduce errors.

You must consult with a top company like EvinceDev for React App development services, and they will help you and provide you with the best service possible. Moreover, React Native experts know the consequences of such errors and avoid them. 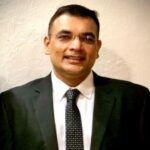