We know that there are a lot of companies out there who are looking for Angular developers. But what if you don’t have the time or resources to find one?

This is where this article comes in handy. Know which questions to ask while hiring angular developers in an interview to determine whether they are the right fit for your company.

Before coming directly to questions, let us introduce you to the basics of AngularJS.

It is designed to bridge the gap between front-end and back-end development, bridging communication between the two sides through an MVC architecture.

Angular combines both HTML and JavaScript on a single page to create dynamic web applications. It allows developers to use the HTML syntax that designers are familiar with while at the same time offering support for programming in JavaScript.

Angular provides a set of tools that allows developers to build powerful web applications quickly and easily without having to worry about building complex back-ends or server-side code.

It is a popular choice for large-scale enterprise projects as well as small startups because of its modularity and flexibility.

Following are the benefits of using Angular in your next app development project:

Performance: Angular enables you to build apps that are as fast as possible with its reactive programming model.

Productivity: Angular makes it easy to develop apps that are highly interactive and responsive because it uses dependency injection to manage state changes on the client side.

Maintainability: Angular is well maintained by Google, which means it has high standards for quality and security.

High-performance apps: Angular enables you to build apps that are as fast as possible with its reactive programming model.

Easy development: Angular makes it easy to develop apps that are highly interactive and responsive because it uses dependency injection to manage state changes on the client side. Questions To Ask Angular Developers Before Hiring Them

Following is the list of questions that you can ask candidates during the interview:

What Are Single Page Applications?

Single-page applications are becoming more popular due to their simplicity and ease of use. They are usually composed of a single HTML file that loads all the necessary code to create the application’s layout.

They are quite popular among developers because they are easier to maintain and deploy than traditional web apps.

And the most important thing is that they are implemented as static websites, which means they don’t rely on server-side processing to render the content. Thus, they load faster and have better SEO performance than traditional websites.

Why Should You Develop SPAs Using Angular?

What Are The Benefits Of Using Angular In The Development Of Web Application Development?

Angular has a wide range of features that help to build scalable, maintainable, and testable web apps. With Angular, developers can create apps with single-page applications (SPA) or progressive web apps (PWA).

Some of the advantages are:

What are the Differences Between AngularJS and Angular?

AngularJS is a popular framework that uses the Model View Controller (MVC) pattern, which separates the logic of an application into three parts: model, view, and controller. On the other hand, Angular is a TypeScript-based framework that employs components and directives to build an application.

Angular differentiates itself from AngularJS in terms of performance and its approach to building apps.

Also, AngularJS is faster because it precompiles templates into JavaScript code which means that it can be executed directly in the browser without needing to parse any template files on the server side. It also uses dependency injection, which makes it easier to reuse and modularize code.

What Would Be The Sequence Of Lifecycle Hooks?

What Is AOT Compilation?

AOT compilation stands for Ahead-of-Time compilation. It compiles your application code into machine code before the application is loaded, so the compiled code will be executed faster than the original source code, eliminating unnecessary re-renders and making it easy to update your application without having to restart the server.

The AOT compilation process is helpful when you want to deploy your application without having to worry about how many requests your server can handle or how long it will take for your app to load. AOT compilation can help make your app faster, especially if you’re running on low-powered devices.

What Are The Benefits Of AOT Compilation?

The benefits of AOT compilation are:

What Are The Difference Between AOT And JIT Compilations?

Ahead-of-time compilation is a technique that makes AngularJS applications more efficient and faster by compiling the application in advance. It compiles all the necessary files for an application in order to make it easier for the browser to load.

The compiled application can be cached so that it doesn’t need to be re-compiled every time it changes. This helps reduce the amount of time taken to load an application and also speeds up performance in general.

This compilation is a way to build applications faster with less effort. It also helps improve performance, as it reduces the amount of code that needs to be parsed and compiled when building your app.

When interviewing Angular developers, it is important to ask these questions to help you understand their skill set, knowledge of frameworks and tools, and the different types of problems they are able to solve.

Other than these questions, you also ask them about their past experience and what challenges they faced while developing applications. 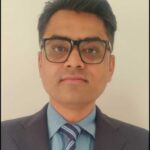 I, Bhavik Trivedi, VP at EnProwess - a leading Software development company that provides offshore developers at a reasonable price. I am passionate about learning and teaching technology-related stuff and how to build profitable tech businesses. I love to talk about technology and the future of the world. I always welcome the opportunity to share my knowledge, passion, and enthusiasm for all things tech!